Lucie is a renowed specialist in stereology; since 2016 she is chairing the International Society for Stereology. She pioneered stereology in combination with confocal microscopy which resulted in development of new generation of stereological methods, well applicable for analysis of microscopic structure of biological tissues and cells. Her research is focussed on applications of stereology, image analysis and advanced fluorescence microscopic techniques for studies of geometrical and topological characteristics of vasculature in brain and other organs.

Lucie has been a member of numerous scientific societies, national and international advisory and expert committees, Ph.D. committees, bodies of the Institute and the Czech Academy of Science; she is a member of editorial boards (Image Analysis and Stereology, Microscopy Research & Technique). She published over 100 papers in scientific journals and she  was PI or co-PI of over 30 Czech and/or international grant projects. She has been engaged in organization of prominent international congresses on stereology and/or microscopy, e.g. in 2014 she served as Scientific Vice-Chair of the 18th International Microscopy Congress with 58 symposia and over 3000 participants. At present she is involved into building pan-European network of imaging facilities in the framework of ESFRI Euro-BioImaging project which will provide open user access to a complete range of state-of-the-art imaging technologies in biological, molecular and medical imaging.  She is coordinating imaging facilities of the Institute of Physiology in the framework of an analogous Czech-BioImaging national research infrastructure. 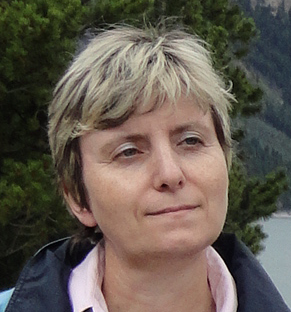