Pavel Mareš finished 2nd Medical Faculty of Charles University in Prague in 1961 cum laudo. He started his professiíonal carrer in Deptartment of Clinical Neurophysiology of the 2nd Medical Faculty and three yers later he changed for experimental neurophysiology after training in the laboratory of Jan Bureš. He was stubborn enough to stay in the field of development of the nervous system even during late sixtees and early seventees when many neuroscientists left this field.  After entering the epileptologic group of the late prof.Servit in the Institute of Physiology of the Czech Academy of Sciences (September 1967) he changed topic from pure development to ontogeny of epileptic phenomena. His PhD thesis defended at the beginnig of 1969 were stil purely developmental. He continued in the group of prof.Servit to study ontogeny of cortical epileptic focus in the rat (two papers in 1973 awarded by Czechoslovak Academy of Sciences) and extended his studies into the field of pharmacologically elicited epileptic seizures and consequently in developmental neuropharmacology. He is one of the founders of research of epilepsies in developing brain.

In spite of the fact that he did not interrupt his teaching activity in the First Medical School of Charles University, he could not be promoted. He became head of Department of Pathophysiology at the 3rd Medical School in 1988 and was promoted to be associate professor of pathophysiology only after political changes in 1991, full professor in 1993. He was established as a Deputy director of the Institute of Physiology of the Academy of Sciences in 1994. After a resignation of prof.Ošťádal due to his health problems he was elected in 1995 by the Scientifric Council of the Institute to be a director. He served for two four-year terms and then he returned full-time into the laboratory. During this time-consuming leading activity he continued in lecturing – that time at the Second Medical School of the Charles University – and tutoring students during their PhD studies.  Many of his former students are internationally renowned. He continues in his teaching activity up today at the 2nd Medical School in the Department of Physiotherapy and Sport Medicine.

Professor Pavel Mareš is serving as a member of Editorial Boards of Epilepsy and Behavior, Epileptology, Pharmacological Reports, in the past also Epilepsia, Seizure, and Zeitschrift fuer Epileptologie. He is reviewer for Epilepsia, Epilepsy Research, Epilepsy and Behavior, Seizure and more than 15 other neuroscience and pharmacological journals. He is Honorary member of Polish League Against Epilepsy and member of American Epilepsy Society and German League Against Epilepsy. He is honorary member of J.E.Purkyně Czech Medical Society, Czech Physiological Society and founding member of highly prestigious Czech Medical Academy.

He was awarded many times by awards of the Academy of Sciences as well as by Czech professional societies. He received an international recognition by American Epilepsy Society as the first Distinguished Basic Scientist (Milken Family Foundation Award) being awarded in 1989 and by International Bureau for Epilepsy as Ambassador for Epilepsy in 1995. Prof.  Mareš has been for decades a leader of experimental epilepsy research in the Czech Republic and his activity was recognized by Czech Physiological Society by Laufberger medal, by horary membership of the Czech Medical Society and by Czech Academy of Sciences by a medal of Jan Evangelist Purkyne for a merit in medical sciences. 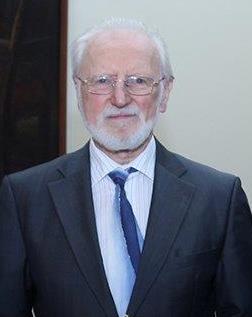