Oxidative stress and its consequences


Accumulating evidence indicates that oxidative stress (due to the increased production of free radicals and/or their unsufficient removal) is implicated in the pathogenesis of many neurological disorders.

We have demonstrated recently that staus epilepticus (SE) induced in immature rats by substances with a differet mechanism of action is associated with oxidative stress and mitochondrial  dysfunction. These findings bring for the first time evidence that oxidative stress and mitochondrial dysfunction associated with SE are age and model independent and may thus be considered a general phenomenon. This can have a relevance for a novel approach to the treatment of epilepsy. 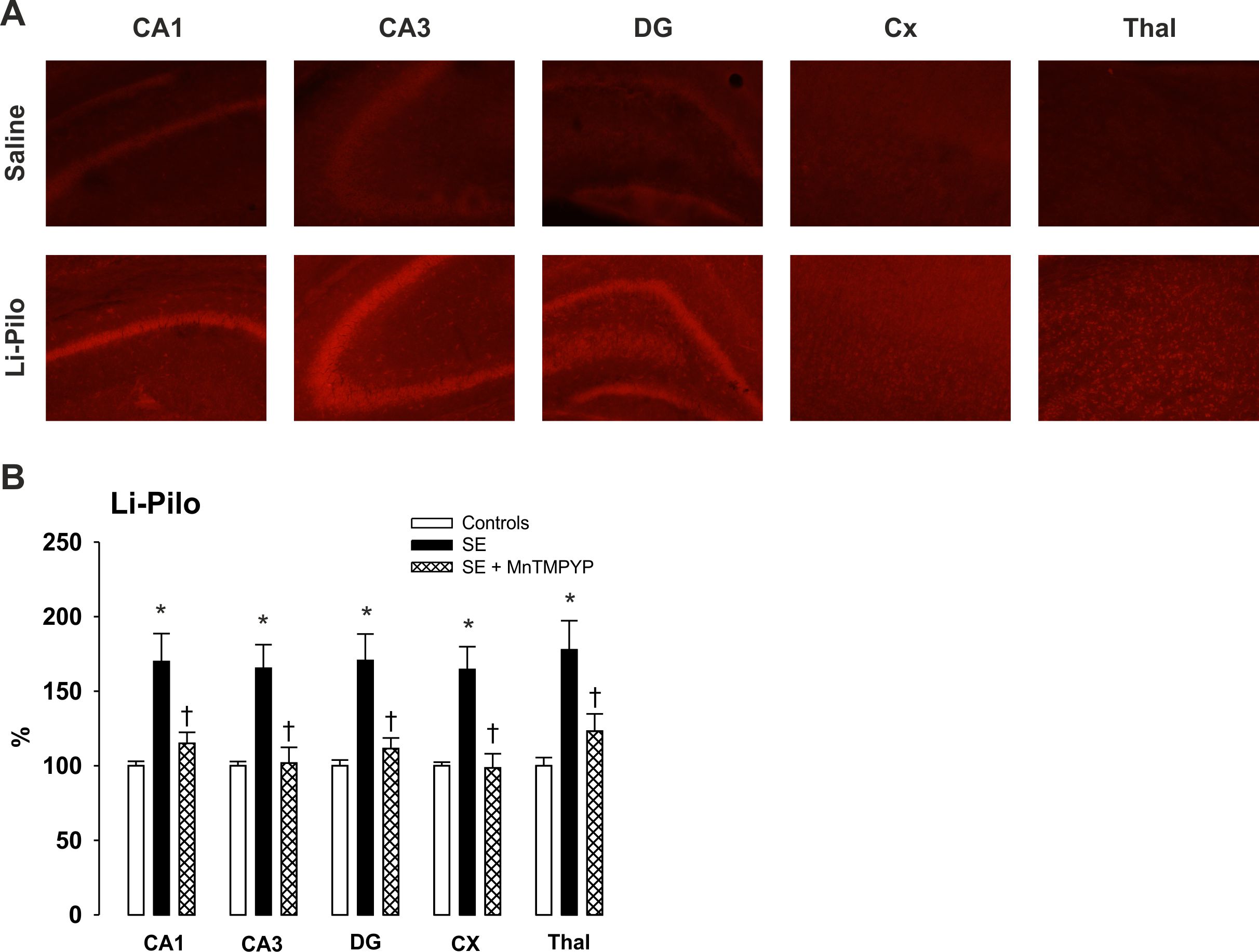 B) Increased production of O2.-associated with SE (black columns) can be prevented by a SOD mimetic MnTMPYP (cross-hatched columns). Results are expressed in percent, compared to 100% in the control animals (white columns) CA1, CA3-hippocampal fields; DG-gyrus dentatus; CX-cerebral cortex; Thal-thalamus.