Antioxidants and their possible use for epilepsy treatment


Oxidative stress (resulting from the excessive free radicals production and the limited antioxidant defense) is implicated in the pathogenesis of many neurological and other disorders.

Scientists from the Institute of Physiology of the Czech Academy of Sciences have revealed that oxidative stress and mitochondrial dysfunction occur in immature brain not only during the acute phase of status epilepticus (SE), but they persist also during the long period of survival after SE (i.e. during the period of epileptogenesis). Epileptogenesis is a gradual process, involving many molecular, cellular and, network changes that result in brain reorganization and the conversion of normal brain to epileptic. Scientists have demonstrated that administration of the natural polyphenolic antioxidant resveratrol either completely prevented or significantly reduced markers both of oxidative stress and mitochondrial dysfunction. These findings can be important for clinical practice. They suggest that targeting oxidative stress in combination with current antiepileptic therapies may provide a benefit in the treatment of epilepsy. Status epilepticus (SE) was induced in 12-day-old immature rats by Li-pilocarpine. 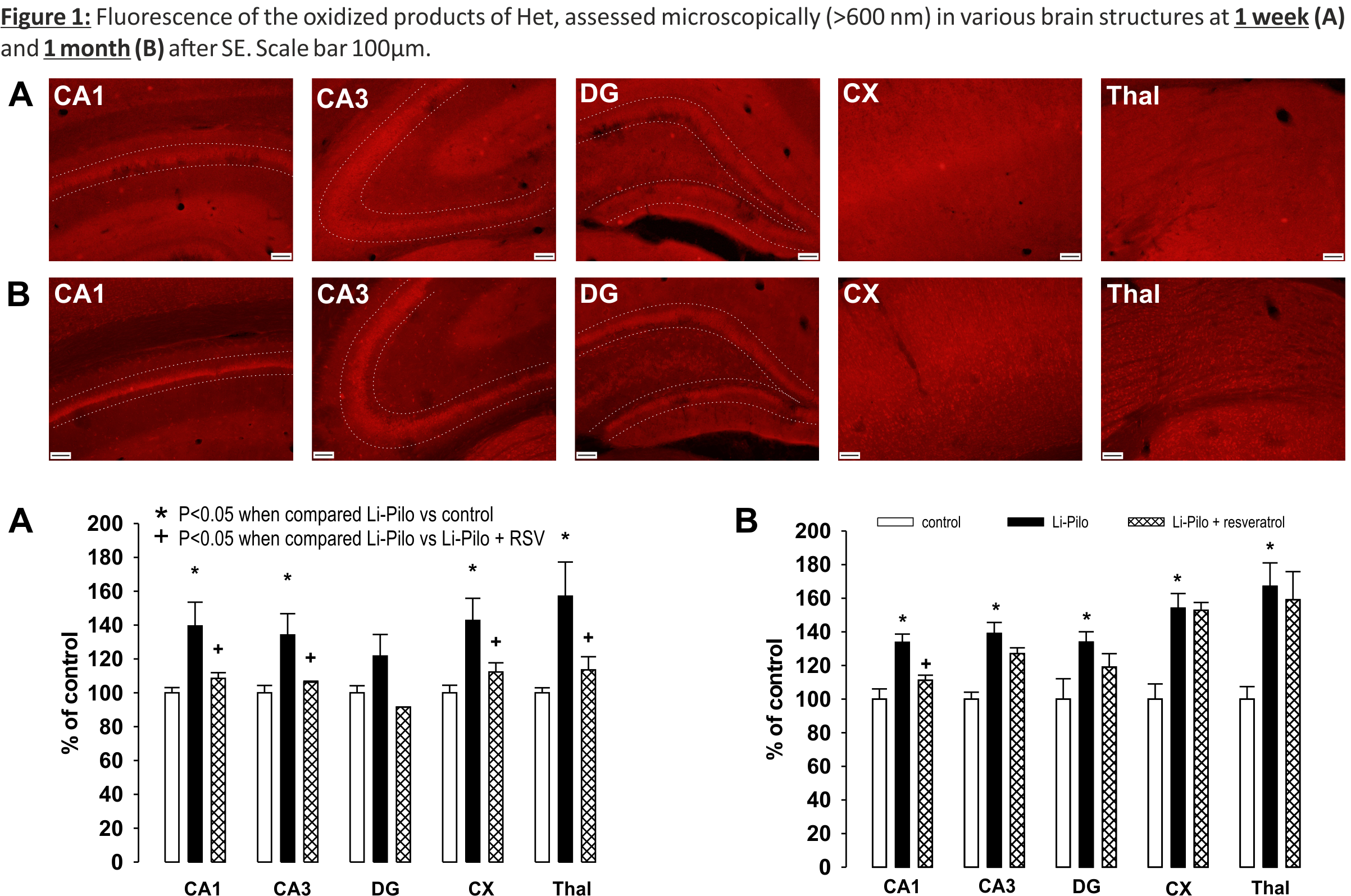 Fluorescense of the oxidized products of hydroethidium (reflecting the production of superoxide anion), assessed microscopically (>600 nm) in various brain structures (CA1, CA3-hippocampal fields; DG-gyrus dentatus; CX-cerebral cortex; Thal-thalamus) : A) 1 week after SE, B) 1 month after SE. Application of resveratrol (RSV) resulted in a complete prevention of the increased production of O2.- (at 1-week interval, Fig.1A) or significantly reduced formation in CA1 region (at 1-month interval, Fig.1B). 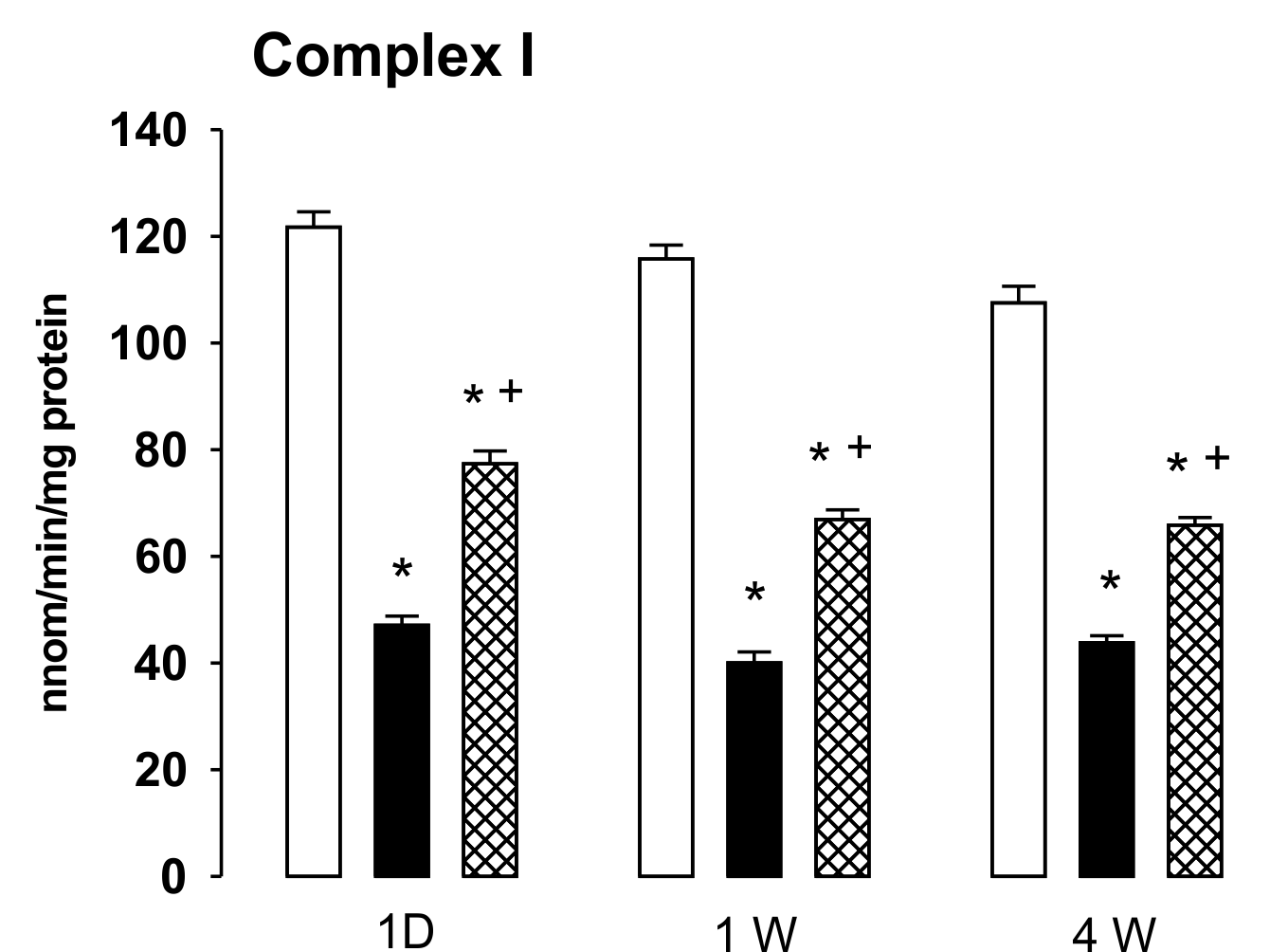 Illustrates a marked inhibition of mitochondrial complex I during the various time intervals after SE. Application of RSV resulted in a significant reduction of the deficiency.