The resistance of pancreatic beta cells to oxidative stress, which accompanies diabetes type 2, can be increased by mitochondria-targeted antioxidants

Increased blood glucose induces secretion of the hormone insulin in β cells of Langerhans islets in the pancreas. his response is regulated by redox signalization, where a slight increase of reactive oxygen species (ROS) serves as a messenger for the regulation of protein pathways leading to the secretion of insulin from insulin granules in β cells. On the contrary, excessive production of ROS causes pathological oxidative stress which accompanies many diseases such as diabetes type 2. Oxidative stress can be suppressed by enhancing antioxidant defense.  Mitochondria are important energy factories of the cells and are also one of the main sources of ROS. In the present paper, we tested the effect of new antioxidant molecules, namely SkQ, S3QEL and S1QEL, which target the sites of ROS production in mitochondria. We uncovered the detailed mechanism of their effect in various sites of mitochondria, where they specifically prevent ROS formation and thus show antioxidant role. However, they can also have pro-oxidative properties. This is dependent on energy metabolism of the cell and thus substrate availability (for example glucose). As an example, SkQ antioxidant shows an antioxidant property when a cell has excessive energy substrate supply which happens in vivo after a meal, i.e. postprandial. If there is a shortage of energy substrate, happening in vivo during fasting, SkQ behaves in short-term pro-oxidatively and can even increase already established oxidative stress. Detailed knowledge of the activity of these selected antioxidant in pancreatic β cells can be used in diabetes treatment. 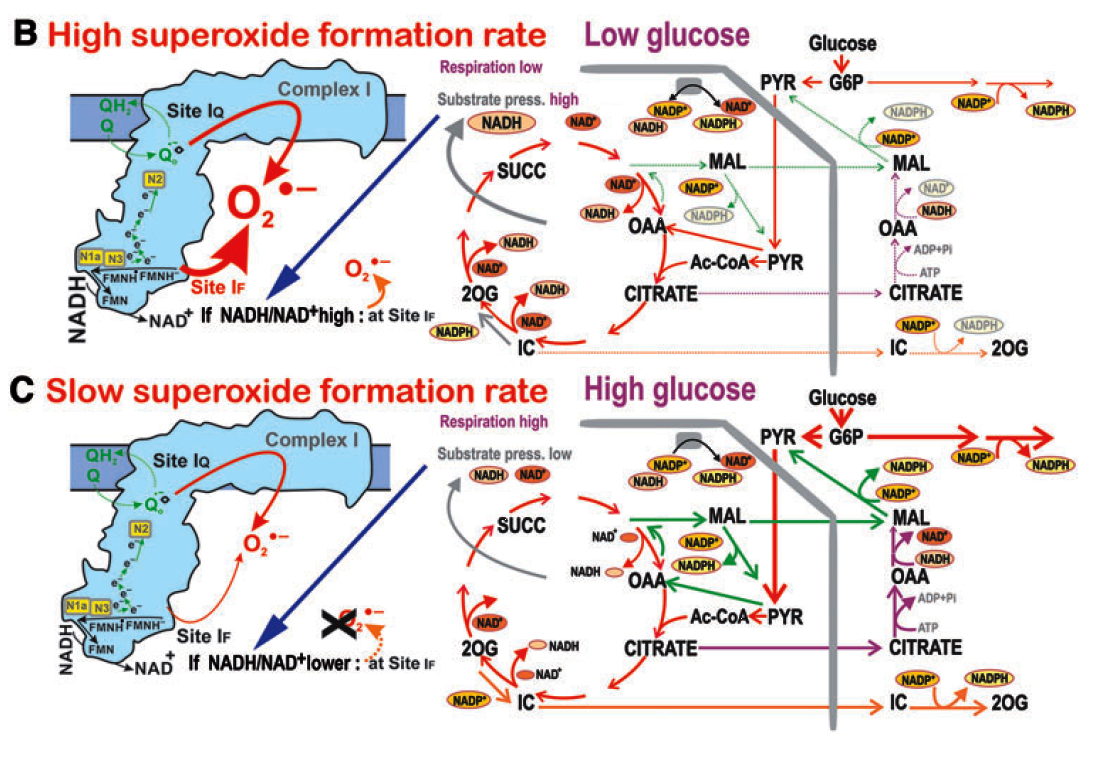