A plethora of serious diseases is followed by chronic pain the molecular mechanisms of which are not fully unraveled. The research on TRPA1 ion channel, which is involved in these mechanisms, is conducted by the researchers from the Laboratory of Cellular Neurophysiology of the Institute of Physiology CAS. In collaboration with the laboratory CBMN from the University of Bordeaux they proved that the activity of human TRPA1 is significantly regulated by membrane phospholipids at negative membrane potentials. They succeeded in identifying the binding site of TRPA1 channel, which interacts with phospholipids at low concentrations of calcium ions. At higher concentrations of calcium ions, the same region represents the binding site for a regulatory protein calmodulin, which modulates the TRPA1 channel in an activity-dependent manner. These new findings suggest that the correct phospholipid composition of the plasma membrane is important for TRPA1 activation under physiological conditions. Membrane phospholipids help to stabilize the interface between TRPA1 subunits to maintain the transduction of signals into the channel opening. 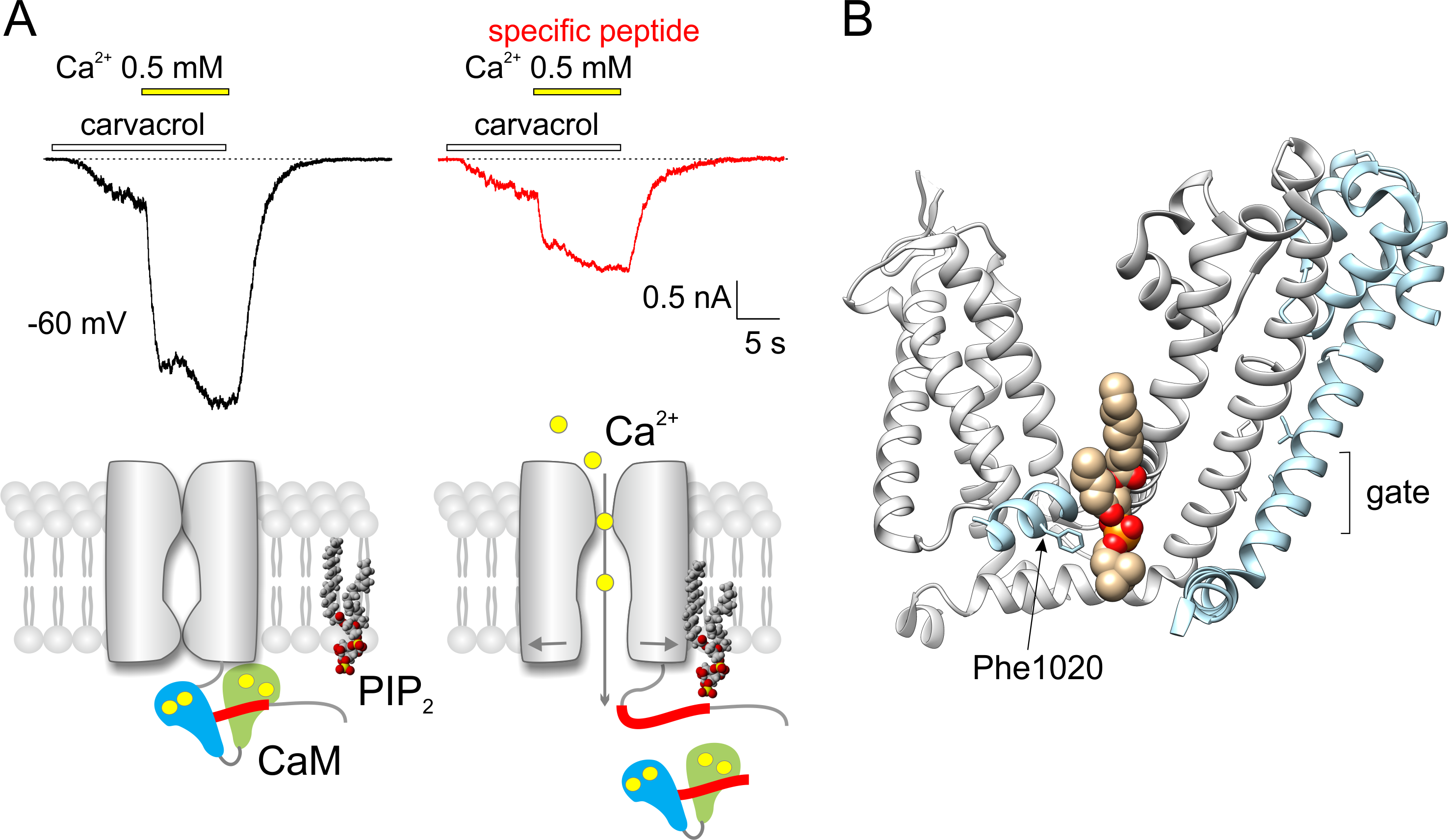 (A) Electrophysiological recordings of TRPA1 channel‘s responses to carvacrol (100 µM) and to elevated concentration of calcium ions (from 0 to 0.5 mM). Recordings from two F11 cells recorded with a pipette filled with control solution (left) and solution with the specific peptide T1003-P1034 added (right). Lower, there is a suggested mechanism of competition between calmodulin (CaM) and phospholipid (PIP2) for the binding site of TRPA1. (B) The binding site for phospholipids in the region of two neighboring subunits of TRPA1 channel. Only the transmembrane part of the protein, which contributes to the binding and transduction of signals into the channel gate, is shown (PDB code of the structure 6pqq). The role of phenylalanine Phe1020 in the interaction was revealed in the study.