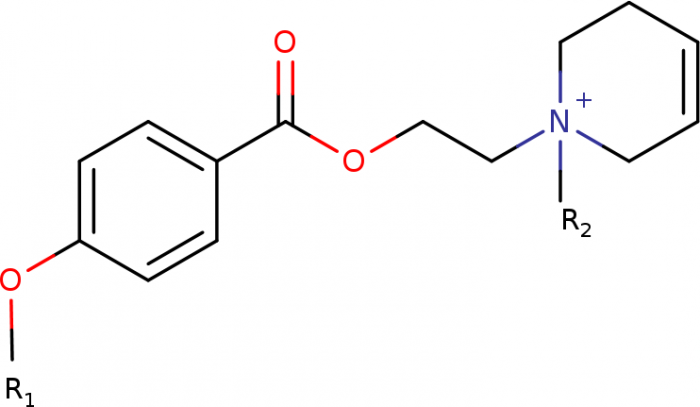 Muscarinic receptors are known to play important biological roles and are drug targets for several human diseases. In a pilot study, novel muscarinic antagonists were synthesized and used as chemical probes to obtain additional information of the muscarinic pharmacophore. The design of these ligands made use of current orthosteric and allosteric models of drug-receptor interactions together with chemical motifs known to achieve muscarinic receptor selectivity. This approach has led to the discovery of several non-competitive muscarinic ligands that strongly bind at a secondary receptor site. These compounds were found to be non-competitive antagonists that completely abolished carbachol activation in functional assays. Several of these compounds antagonized functional response to carbachol with great potency at M1 and M4 than at the rest of receptor subtypes.